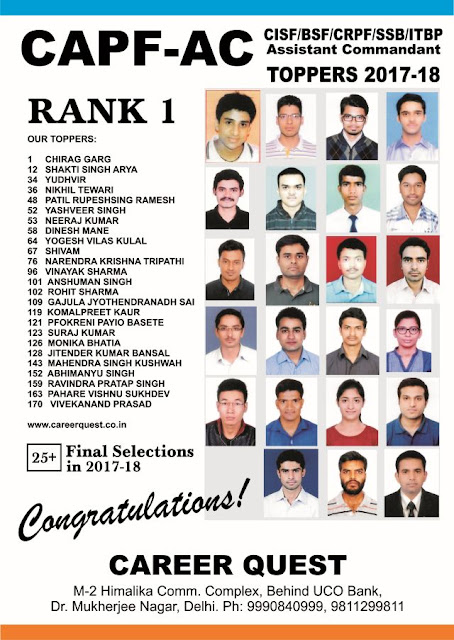 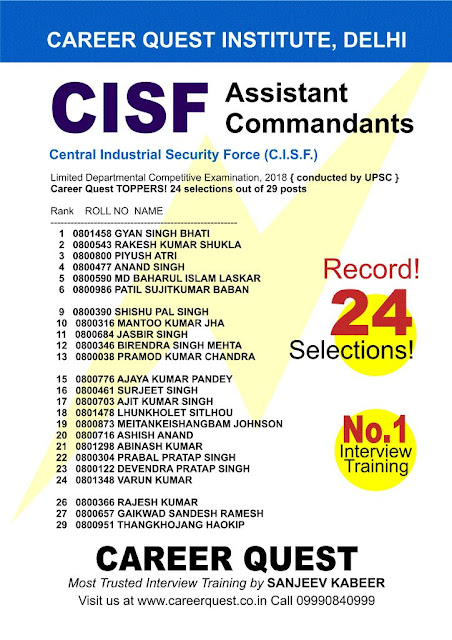 Book your seat. Around 30 students per batch.

These are the questions asked by UPSC board in CAPF interview/ personality test exam to the student of Career Quest. Career Quest provides best coaching for all interviews including CPF. Contact numbers are 09811 29 9811 and 09990840999.

1. What is your name, roll number and date of birth.
2. What is the meaning of your name? (Details about the name asked)
3. What is insurgency problem? Where?
4. What is participatory management?
5. How you can use your knowledge of Computer Science in CPF?
6. What is Wi-Fi? How it works?
7. Blood pressure?
8. What is phishing?
9. What is Firewall?
10. Hindi should be made national language. Favour and Against statements.
11. E security
12. You are with group, insurgents comes, what you will do? How you will handle?
13. You are on border. You know about the attack. You know the enemy. How you will handle?
14. What is scientific research?
15. Are you a good leader?
16. What is food security? Your relation to it? 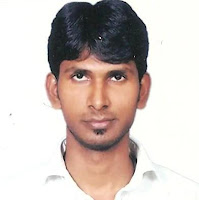 Ashish Ranjan, AC, BSF
"UPSC interview panel looks at your entire personality, both macro and micro. In this situation , Sanjeev Kabeer sir at Career Quest helped me to bring out my best.
Under the guidance of Kabeer sir, i became confident to face the interview. He took great care in answering minute questions. He inspired and motivated that fear of interview had gone from me. I secured 116 marks in interview out of 150"

Amit Kushwaha, AC, SSB
" The way Career Quest conduct the classes for interview is unique. After joining the institute I realised that how our personality can be made suitable to get good marks in interview in just 8 days under the best guide. I scored 72% marks in interview."

Yogendra Kumar, AC, BSF
" I went to many institutes in Dr. Mukherjee Nagar for my CPF interview. I was not satisfied. But when I I reached at Career Quest, I found something different after interaction with the Director. So I joined Career Quest. On very first day I realised that I am at right place and in right hands of sir. I think there is no any other option as good as Career Quest and Kabeer sir. Surely." 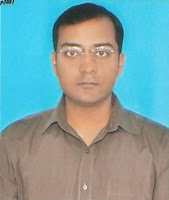 Prashant Singh, AC, CRPF"
Joining Career Quest for interview preparation for CPF (AC) Exam, was one of the important decisions of my life. I remember my first day at the institute, when I met sir, and during the first meeting I realised that it was a correct decision to reach Career Quest.  Sir, made me feel relaxed and confident, during the course of my preparation. The way he moulded my confidence in such a short span of time, was tremendous, and it only showed his delivering skills.
Eventually, sir made me gain enough confidence which prepared me to face an interview at UPSC. The mock interview sessions were also very useful in gaining fluency. While I left the classes after the course was over, I continued with what sir had advised and went for the interview. And when I came out of the UPSC after interview, I then realised the completeness with which sir had guided me and how all that fructified after a good interview. I thank sir once again for all the support and patience which he showed which resulted in my success. Thank You Sir!
" 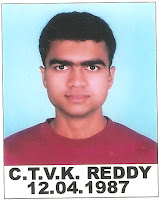 CTVK Reddy, AC, CISF
" My rank was 7 in CAPF exam. Firstly I took admission in Career Quest for SSC interview where I got selected for CBI SI with 64 marks in interview out of 100. So I went again to Kabeer sir for CPF interview guidance. I stood 7th in this exam. This institute is devoted for interview so lot of seriousness is there in preparation and strategy. Notes were really good."

Nitesh Tiwari, AC, CISF
" When sir called me to tell that I scored 115 marks in interview out of 150, it was a great joy. My rank is 55. I was not able to see success in SSBs, so when I came to know about Career Quest from internet, I decided to see the institute. After joining I came to know about my biggest mistake which I was making for years without realising it. Then I became confident. I go through the lectures by Sanjeev Kabeer sir. It was outstanding experience. I think everyone should join Career Quest before any govt interview. Worth it." 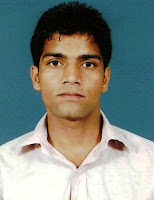 Laxman Singh, AC, CRPF
" Only after joining Career Quest for interview training, I came to know about my strong and weak points clearly. Also learn about how to work on these areas. It was a total transformation for me in one week period. The group at the institute also helped me a lot. You can trust Career Quest."

PULKIT BANSAL, AC
" I believe I gained at-least 20 more marks in my interview because of the guidance which I got at Career Quest. After joining this institute I found that faculty at CQ put down your all weaknesses, but also show the way to improve it. I will suggest everyone that joining a good coaching institute like Career Quest before your interview is good idea. I got this benefit at Career Quest."


ANIRUDH PANDEY, AC
" I joined Career Quest twice for IB and CAPF-AC interview. My experience here is excellent. I learn not only about interview but also about how to do study for competitive exams. During lectures and mock interview sessions, I came to know about my weak areas and ways to improve it in very short span of time. Mock interviews with sir and friends were very helpful. Career Quest Institute is the right place for preparation." 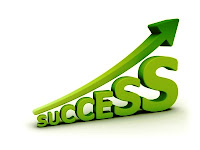 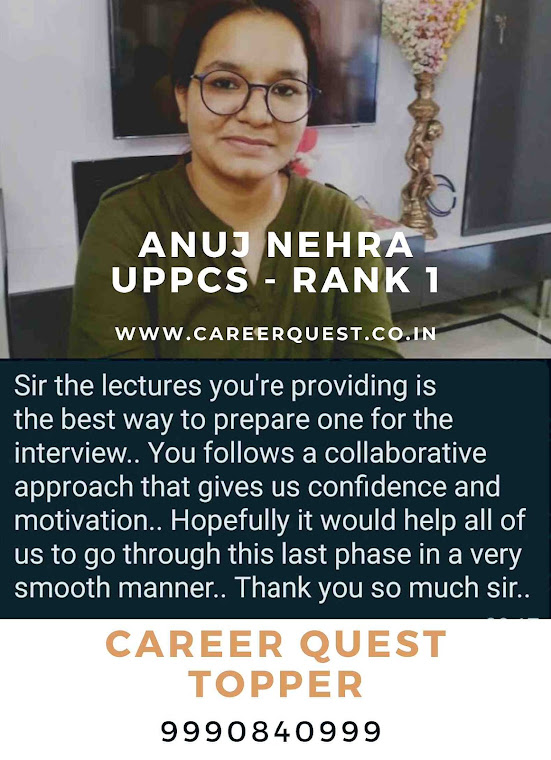 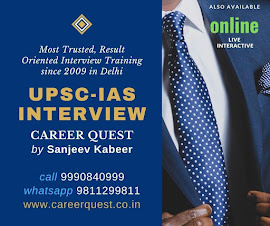 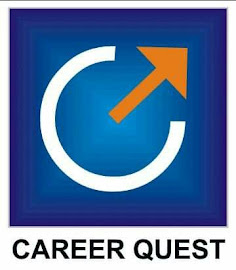 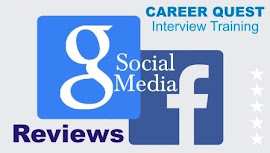 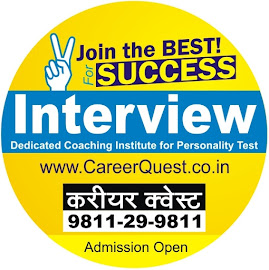 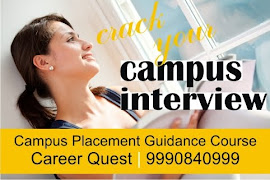 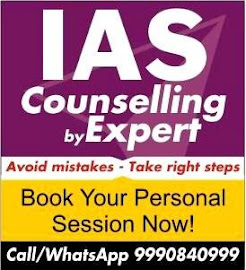 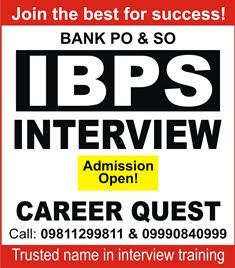 Nidhi Pawar
Hi I'm Dr Nidhi and I got selected in UPSC medical officer exam.. This was made possible only because of the guidance of Sanjeev sir... Attending the classes and giving mock interviews with sir was a great boost in my confidence ... In an interview the things u do are as important as things u don't do and nobody can teach them better than sir... Over the course of few days you will realise the tiny mistakes u have been making so far which didn't even seem important...I didn't even think that in just a week I can make such drastic improvement. Joining career quest was the best decision and I'll recommend it to everyone going for any sort of interview... Thank you again sir.. It was made possible because of you.
*****
Amol Patil
Hi I am Amol Patil, CAPF 2018 AIR 39. I have been allotted 102 marks out of 150 by the UPSC board. I took guidance for the interview preparation only from Kabeer Sir in Career Quest. Career Quest was suggested to my by friend who is already an Assistant Commandant.
I think interview preparation is very wide and subjective. It depends on individual and the preparation varies according to the person. But Kabeer Sir has mastered the art of coaching when it comes to interview preparation and he has strategy to make guidance according to the need of each and every Candidate. His vast experience helps him to share important points during the classes which helped me alot.
Just after interview I made call to Kabeer Sir and gave him overview of my interview. At that time he predicted my interview score, to my surprise is was 100% correct.
For each and every personality test related guidance Kabeer Sir's Career Quest will remain my first and foremost suggestion to everyone. Thank you Career Quest Team.
*****
Neetu Bhatia
My name is Neetu Bhatia,i joined career quest for kvs prt interview preparation.As i scored less in the written paper,my chances of clearing this exam were quite dim but when i met Sanjeev kabeer sir my dream of clearing this prestigious exam turned into reality.He is a wonderful person who knows how to realise your best potential ,always motivates you,someone who is always there to clear your doubts and confusions regarding interview .I remember how everytime he encouraged me when i was negative about clearing this exam and how well he conducted mock interviews and kept polishing my skills and made me use them during the actual interview.
Right from choosing the perfect attire for the interview to body language to how to respond and not just reply(as he says in his classes)kabeer sir is one person whom you can count on for any interview preparation and the best part is he never takes credit for his efforts,is a humble soul and a gem of a person.
Thank you so much kabeer sir,thank you so much career quest .The whole credit of my success goes to you sir,thank you once again for helping me to get 52/60 in Interview .